Pict Expeditions | Hiking in the Highlands | Treks in Scotland 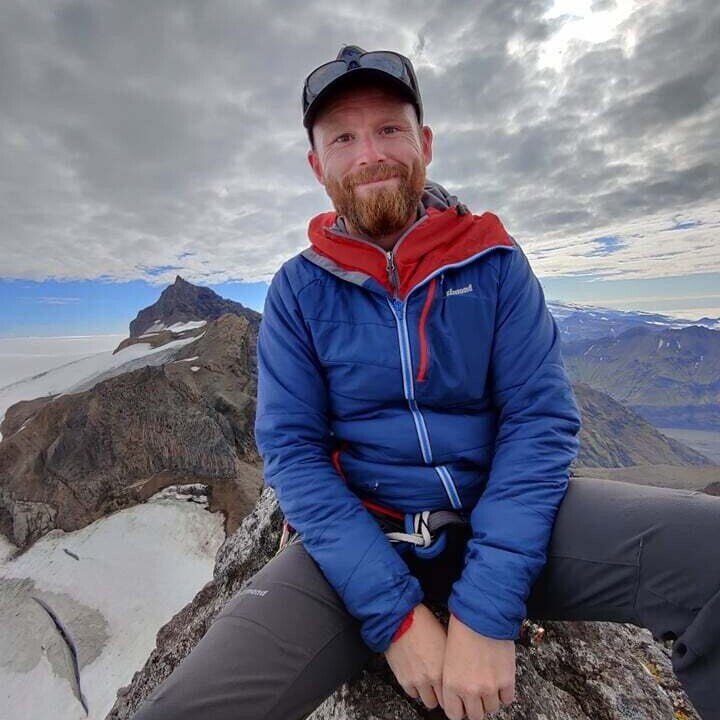 Daniel Saulite
was born in a sleepy coastal village in Scotland, he spent his summers hiking and camping in the beautiful highlands building his knowledge and experience in the mountains there. After leaving school he felt that irresistible draw to travel the world and immersed himself for years in places and cultures on most continents,
In 2011 Daniel decided to develop his skills as a mountain guide and moved to Patagonia to train for two years in a gruelling and life changing course. Since then he has never looked back and has had the privilege to guide in some of the most wonderful places in the world including, New Zealand, Iceland, Alaska, Patagonia, Spain, Scotland, Thailand, Peru and Nepal.
After working in the industry for some time Daniel founded Pict Expeditions in 2018 so that he could put all of his experience and knowledge into bespoke trips and courses in all of his favourite places plus use only the best guides that he worked alongside with during that time.
Daniel specialises in Mountaineering, Skiing, Rock climbing and glacier guiding. He loves to tell stories and regale anyone who will listen to tales of cold mountains and challenging situations. If you are lucky he may even bring out the guitar around a fire for a sing along. 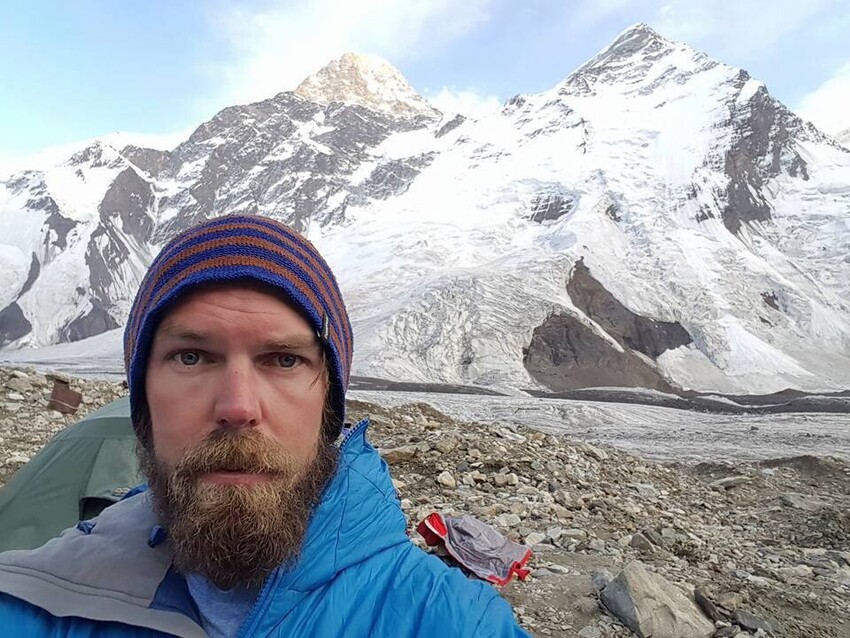 Chris Kunhardt
Has over 9 years of guiding experience, teaching a wide range of outdoor activities including alpine mountaineering, rock climbing, ice climbing and guiding clients on glaciated terrain. His vast climbing and mountaineering experience has taken him to Patagonia, Alaska, Himalaya, Tien Shan, Spain, China, Vietnam and Morocco. Trip highlights include guiding clients up Khan Tengri (7010m), 42 day expeditions leading clients across the Patagonian ice cap, and multiple successful summits guiding clients up Lobuche East and Mera Peak in Nepal.
His dry humour, professionialism and eye for detail make for a winning combination that can only compliment any adventure that you decide to come on. 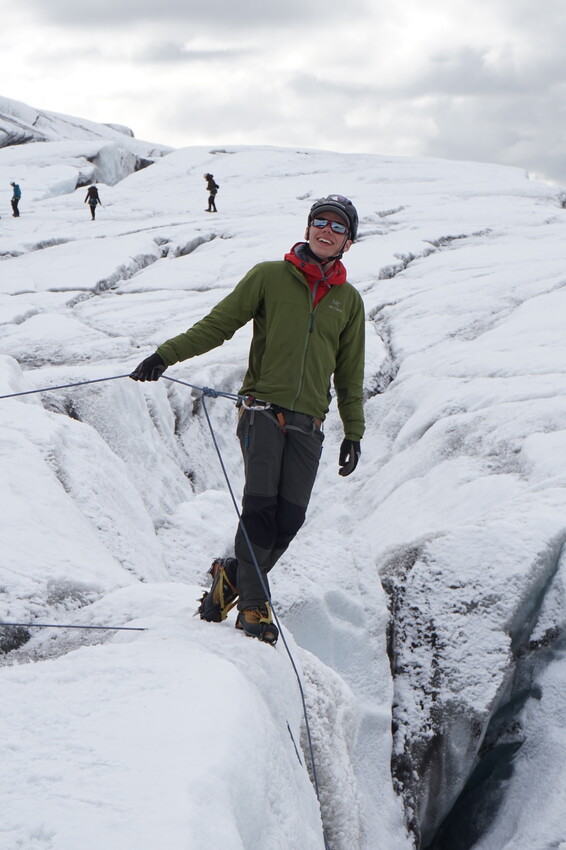 Bjartur Tyr
Bjartur was born and raised on an island south of Iceland called Heimaey. At a young age he started climbing the sea cliffs around the island in search for eggs and birds. His passion for the outdoors kept growing in his teens and took him to the top of Mont Blanc at 18 years of age where his interest in becoming a mountain guide started. Shortly after Bjartur started working as a glacier guide in Iceland. In recent years Bjartur has been involved in teaching and developing courses for the Association of Icelandic Mountain Guides (AIMG). He's instructed all hard ice courses; Jökla 1, 2 and 3 as well as the Fjalla 1 course.
In his free time Bjartur doesn't rest much and he spends most of his time climbing rock, ice and mountains. His favourite time of the year is the winter because of his passion for ice climbing. Bjartur has climbed well over 100 frozen waterfalls and established first ascents on some of the biggest mountain faces of Iceland. In the future Bjartur hopes to progress further in his mountain guiding career and seek more adventures in the mountains with good friends. 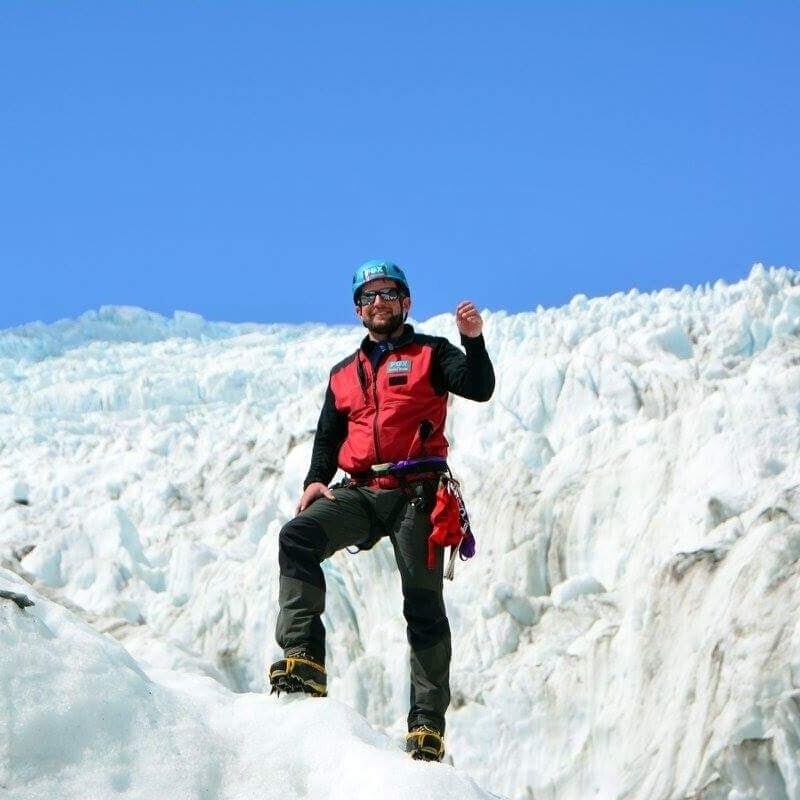 Mike Walker
Mike grew up in the Pacific Northwest of the United States where he cut his teeth climbing and hiking in the beautiful Cascade mountains. Since then he has wandered all over the world during his guiding career, working on four continents and in over half a dozen countries. He has a degree in Political Science, and was first attracted to guiding because it has nothing to do with politics. He has been based in Iceland since 2014 when he arrived wearing shorts and flip flops and feeling extremely lost. He quickly gained a love for woolen sweaters and the people who wear them, and has been stuck in Iceland ever since. In his off time, Mike loves rock climbing, mountain biking, trail running, and falling over on skis. He looks forward to getting an office job when he finally grows up, probably some time in his late 60's. His professional qualifications include Wilderness First Responder, AMGA single pitch instructor, and CAA level 1 avalanche technician. Mike is also a fully certified hard ice and alpine trekking guide through the Association of Icelandic Mountain Guides. He has served as the vice president of the AIMG since 2019. 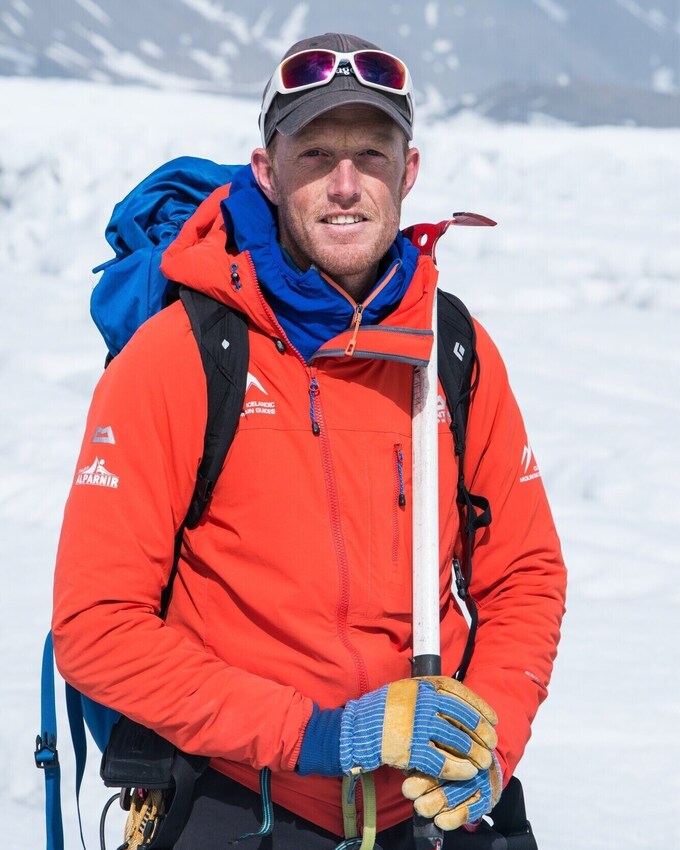 Arnaud de Leveleye
Born in Belgium and after a classic school curriculum concluded with studies in Geography, and originally becoming an air traffic controller, Arnaud could not resist the call of nature and its mountains any longer.
It was in 2010 that he decided to live his passion, and trade his radar screens for a life in the outdoors.
After having climbed the highest peak in every country in the American continent, while using his bicycle as a sole means of transportation, Arnaud ended his journey in Iceland, where he decided to rest his leathered buttocks and became a fully certified hard ice and alpine trekking guide through the Association of Icelandic Mountain guides.
His passion and his love for guiding have brought him across the four corners of the globe (Alaska, Canada, Africa, "forbidden" Tibet, Bhutan, Europe, NZ...), his mountaineering experience helped him to summit numerous mountains: Denali (Alaska), Logan (Canada), Aconcagua (Argentina), Ojos del Salado (Chile), Mont Blanc, (France), Kilimandjaro (Tanzania), Huascaran (Peru), Chimborazo (Ecuator),.... or to successfully cross the Greenland Icecap ( 30 days )
Name a mountain in South America, and there's a good chance Arnaud has trodden its summit or explored its flanks. Specialist in Patagonia, Iceland and Greenland, Arnaud's main concern is to "spread happiness". Generous, tireless, sometimes funny, always smiling, Arnaud will make sure you always eat something good before crawling into your sleeping bag ! Long after your return, you will still hear the echo of his unique mantra "I love my job", blowing serenely in the wind. 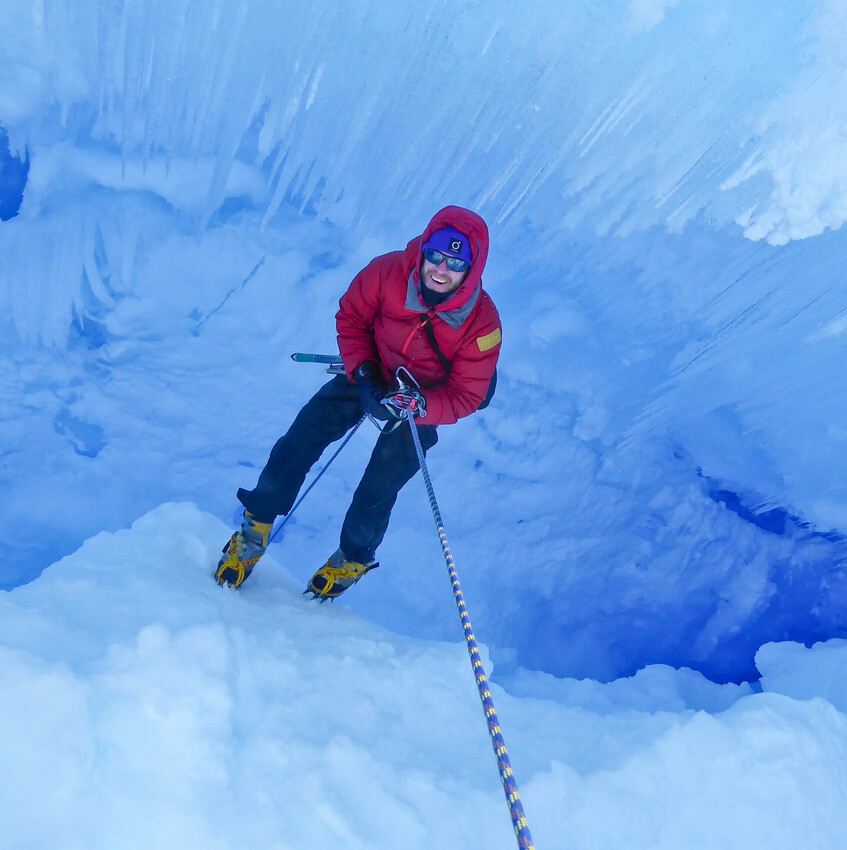 Tom King - Guide/instructor
Tom has over a decade of experience working in the mountains and almost two decades of personal climbing experience! He started guiding on the glaciers of NZ and after becoming a fully certified Hard Ice Guide moved to Iceland in search of better snow.
Following seven seasons of work in Iceland and trips to Canada, Morocco, Chamonix, India and South America, he took the plunge and moved to Antarctica to assist with climate research (and do some skiing).
After 18 months in the frozen wastes of Antarctica he returned to the UK to complete his MCI (Mountaineering and Climbing Instructor) award and is currently based in Wales hoping for a snowy winter!