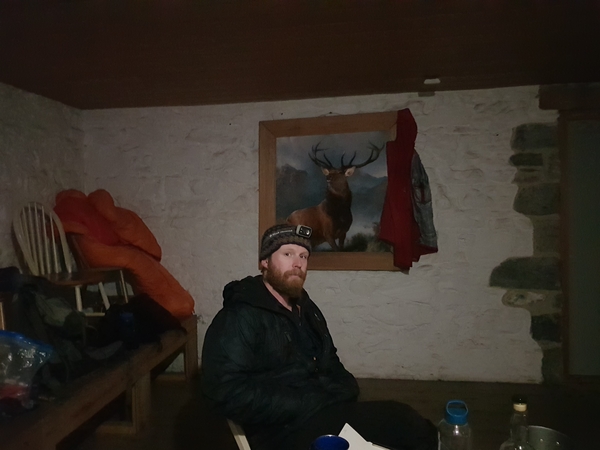 Alone, surrounded by the hills it stands small and proud, mostly empty, cold, dormont. Patiently waiting for some company, perhaps a red deer will come sniffing lazily around the walls for a while or a crow may land and ponder on the chimney for a moment.
Eventually a tired hiking party will slowly appear on the horizon.
In the wind and the rain, ice and snow, they will come and when they do this cold stone empty shell will be transformed into a glowing oasis in the desert, its little windows burning orange, a beacon for all to see from miles around.


Bothies are very basic, small stone cottages, usually tucked away in the wilder parts of Scotland. They vary a bit in size and shape inside and out and tend to be near a water source and some kind of track.
The interior will usually have a small fireplace (not always though) and a washing line, If you are lucky a table and chairs could await and hopefully a sleeping platform as well to keep your sleeping bag away from the inevitably dirty, wet floor. Upon arrival it is always nice to have a good look around and see what you are dealing with, what is the best way to use the limited space provided and what treasures are hidden in the corners and shadows scattered around, perhaps a candle, matches or an onion, whisky, harmonica... who knows.

What one does know is that many before us have all warmed and rested themselves in that very same spot, I like to think we are all connected because of this, all chapters in the story of the building, we are members of a strange little club of travelers, separated only by time and chance but sharing, always the same goal. Warmth, rest and shelter.

These buildings are here and alone for a variety of reasons, mostly migration of people due to the highland clearances, the Highland potato famine and Industrialisation but also they have been made or kept for the purpose of droving and deer stalking.
The Mountain bothy Association looks after around ninety Bothies mostly in Scotland but also in England and Wales. Each one of these has its own unique character and place on the map. Each one has its own story with countless chapters.

It was in the Autumn of 2008 and I had decided to head up the road into the Highlands to do some hiking. During the previous evening I had been speaking with my father, (a knowledgeable man when it came to Scottish geography and history) about finding a really wild bothy with no chance of other people ruining the serenity and general ambiance that only an evening alone can offer. While I couldn't rule out the chance of a surprise visit I could certainly stack the odds in my favour by choosing possibly the most remote bothy of all. The Alder Cottage.
The Alder Cottage sits around 19km south of Dalwinny and around 15km east of Corrour Railway Station. (Scotlands most remote)

Inside and exterior of The luxurious Ruigh Aiteachain, Note the 'Monarch of the Glen' print behind me is a homage to painter Sir Edwin Landseer who studied the red deer in this area.

Not only does it boast a truly remote feel, It sits below the mighty Ben Alder, Scotland's 25th highest mountain which has quite a dark history itself.
My father proceeded to tell the tale of "the man with no name" In short a man was found there in the 1990's with heart pierced by an old fashioned lead ball bullet. A very strange story indeed. https://www.theguardian.com/theguardian/2002/jan/05/weekend7.weekend1
That and another story (i'm pretty sure this one was false about an old Gillie hanging himself from the rafters of the bothy) and I was hooked on the idea of hiking in for the night.

So the next day Jazz and I (I took the dog) drove north from the calm weather and rolling fields of the east neuk of Fife up the A9 past Pitlochry then east and down to Loch Rannoch and along its northern flank almost as far as you can get. There is a little car park that is easy to miss tucked away in the dark pine forest ( i missed it, so had to turn about)
My backpack on and a dog in tow we turned toward the woods, there was a logging track we could follow and soon came to a gate. On either side of this iron gate there was a wooden pike, a sheep's skull sat perfectly atop.

One couldn't help but feel like this was a bad omen and perhaps a hint of what was to come should we continue on. However on we went and soon enough came to another gate, this one was old and ornate and stood aside us, beckoning us away from the safety of the track and into the dense trees. I wasn't keen on this approach and neither was the dog. So we continued on ahead, perhaps more hesitantly than before.

It was a fine long walk mostly along the banks of the South West flank of Loch Ericht.
Where we admired incredible views reaching all the way up to Dalwinnie which felt just out of sight.
Ben Alder was always standing poignant, clear and expectant as we continued along the banks of loch Ericht. It was around 2pm now when the thought occurred to me that we hadn't seen a soul, not too uncommon in the wilder areas of Scotland however it was also fairly usual to meet a fellow tramper along the way.

The Alder cottage sits right at the foot of the Mountain next to a small burn that meanders gently into the Loch.
It has a bright blue poarch which works in contrast to the mottled grey stonework of the rest of the building.
It was quite large for a bothy I thought, however upon entering I found that it still had retained that cosy bothy feel by having a variety of quirky rooms connected by a very dark corridor. Well it's good practise in a bothy to use as little space as possible for a few reasons. There may be others coming later on and you don't want to be spread out all over the place as that would be considered impolite. There are less things to clean the next day and most importantly it is easier to keep a small space warm rather than a whole house, This is especially true when the only heating comes from firewood you gather yourself.

So with this logic in our heads we settled in the brightest of the rooms, the one to the left of the blue porch (south facing) It had a nice couple of raised wooden platforms for sleeping and a good clean fireplace. We got to work and stacked our woodpile high. It was a bit late in the season, September I think so the nights were drawing in a bit. The sun was definitely on its way down and I wanted all the chores out of the way before last light.

At this point it's worth pointing out that the dog was not keen or interested at all in coming inside, in fact she would not even face the building which seemed a bit odd and became even more apparent when she was very reluctant indeed on coming inside when it was getting dark. I like to think dogs can sense a bit more than we can but at this point i thought it best not to explore that point.

As I lay in my sleeping bag in the pitch black night I must admit I did feel rather nervous and had anything happened, a strange noise or a door creaking open, I may or may not have let out a scream, thankfully we will never know. I slept very well indeed and awoke to marvel at a slightly cold, clear and beautiful day.

In my opinion all adventures are made better or at least more memorable by that slight fear manifesting itself through a little exposure to the unknown, whatever that may be.
Not too much of course.
Just enough to get the blood going. 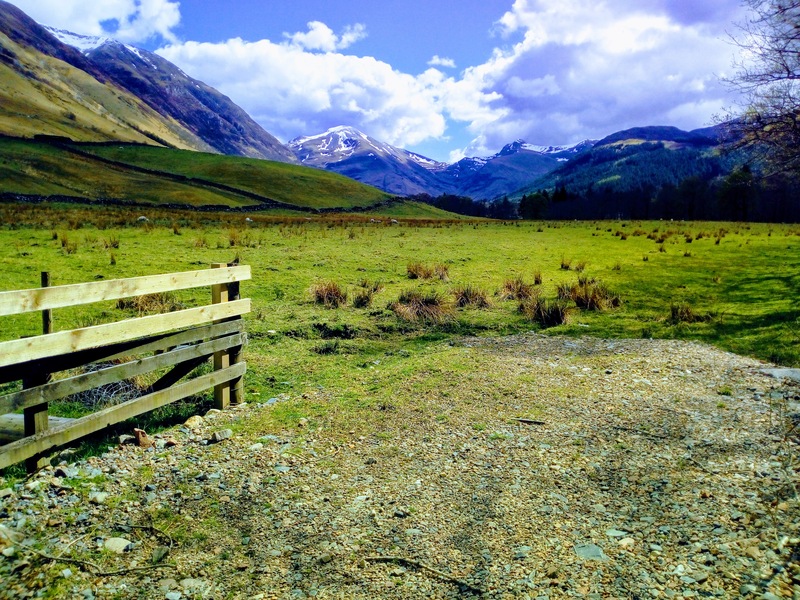 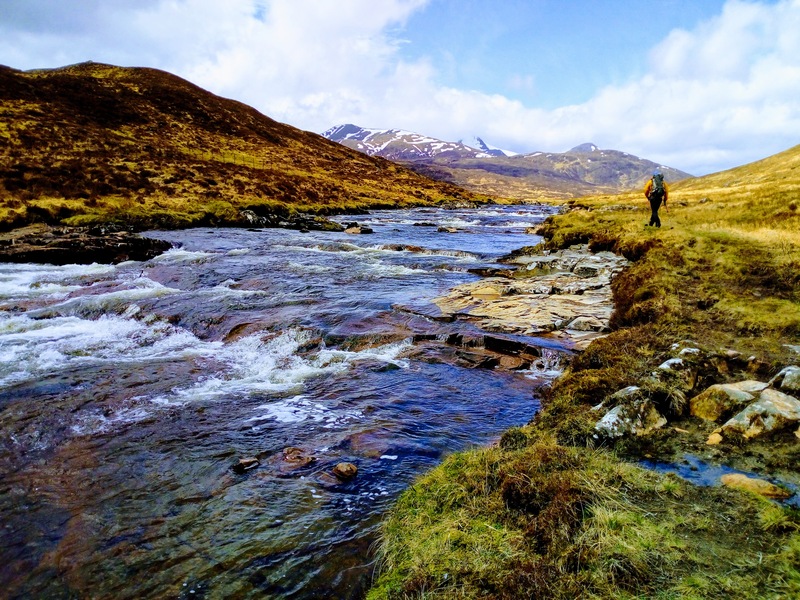 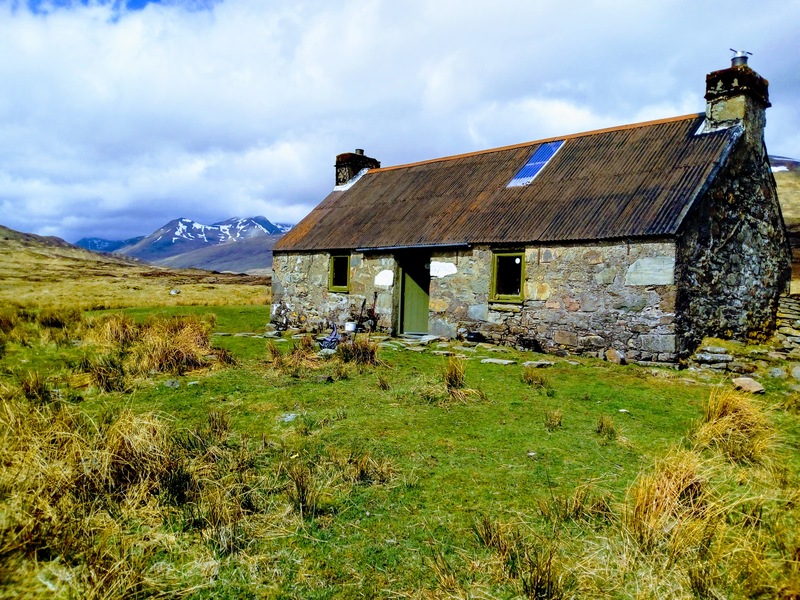